How to buy Aakash Tablet Online 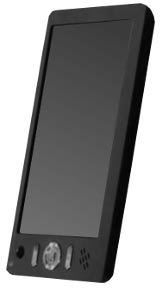 Aakash Tablet was first launched as an ultra low-cost tablet and has created a huge furore with its immediate launch. The commercial version of Aakash tablet is known as the Ubislate. In recent future, Data Wind is planning to launch a further upgraded version with enhanced features at surprisingly low price. This would be launched as Ubislate 7+. This launch would bring about a landmark social change in the Indian society and the Telecom and Education Minister Mr. Kapil Sibal says that it would also eradicate the digital divide by giving the poor and the ordinary as unlimited access to the digital world. The new Aakash tablet will be much more advanced with increased processing speed, touch screen, and an increased battery life. These were some major drawbacks in the released version, going by the feedback of the current users.

Aakash has generated a lot of interest among the world leaders and several international organizations such as UNESCO and World Bank. Several ministers and prime ministers of foreign countries have expressed desire to procure Aakash in thousands. Aakash was originally launched in India in New Delhi on October 5, 2011 to facilitate the government’s program to spread knowledge through information technology and to link the colleges and universalities in an e-learning program.

Akash tablet has already been sold out because of its immense popularity but there is still hope for the prospective buyers in the form of pre-launch online booking offer. In the official website of Aakash tablet or Ubislate there is a pre-booking offer button. If you click on that, you will be navigated to a page that is a form containing mandatory details such as First Name, Last Name, Email ID, Mobile No., Shipping Address, City, State and Pin Code. You need to fill up the form to book. You can also call the toll free number 1800 1802 180 to pre-book. The tablet has Wi-Fi connectivity but no GSM. The previous version was priced at around 2500 Indian currency but the new upgraded version shall be launched at a slightly higher price. The expected hiked price will be around 3000 Indian currency. Even the unofficial website of Aakash has the option of Pre-launch booking offer. It has got the “cash of delivery” option for the hesitant online buyers.

There are other websites too who would changer a nominal fees for online booking and free shipping. Suppose say, the price would be around 2700 Indian currency approximately instead of 2500 the original offered price. The process of booking is also very simple and user friendly. You just need to visit their website and enter your name and mobile number. The customer care people would contact you back and get all the details and necessary information from you. Most of these websites also offer 1-year manufacturing warranty and the delivery churn out time is around seven working days. Thus, you can now avail Aakash tablet right at your doorstep with minimal formalities and from the comfort of your house.