Ajaz Khan thrown out of Bigg Boss 8, might get replaced by Imam Siddique 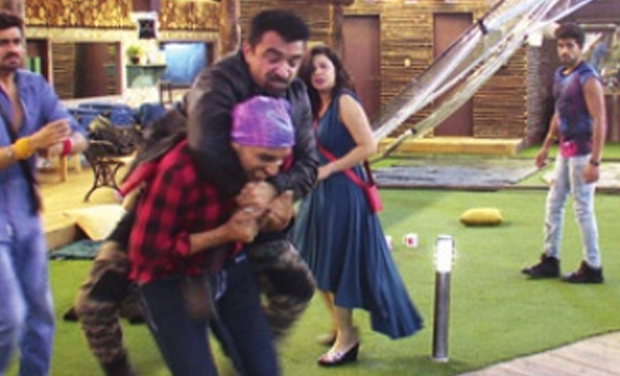 Ajaz Khan who entered Bigg Boss 8 previous week as Bigg Boss Halla Bol contestant was ousted from the reality TV show Bigg Boss after a scuffle with co-contestant Ali Quli Mirza. Ajaz got into an argument with Ali Quli and things turned ugly when Ajaz used force against Ali Quli. As violence is not allowed inside the Bigg Boss house, Ajaz Khan was asked to leave the show. The two of them exchanged derogatory remarks with each other, thereby leading to a very unpleasant situation

Later, Bigg Boss announced that Ajaz had been invited to be a part of Bigg Boss Halla Bol as a Challenger owing to his intensely entertaining stint during his own season of the show. However, Bigg Boss further elaborated, ever since Ajaz has returned to the show, he has been far from entertaining and has, in fact, become a cause for grievance not only to the contestants but also to the show.

After Ajaz Khan, previous contestant Imam Siddique is expected to enter the Bigg Boss season 8. The voting has been stopped for this week.
Tags # bigg boss 8 news
Whatsapp