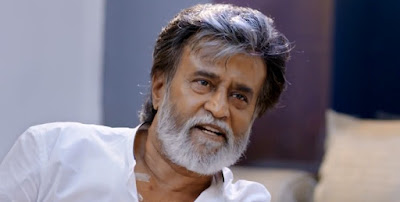 Finally Rajinikanth's film "Kabali" has been released. Expectations are sky-high from any of the Rajinikanth's film and this time it's for Kabali. The craze of the fans for the Kabali film is unbelievable and the producer Kalaipuli S Dhanu as well as Rajinikanth is thrilled to see the response.

First it was said that Kabali released on Dark Web and a scene, said to be Rajinikanth’s introduction in Kabali was leaked on Whatsapp and Facebook. Kabali released in the US on Thursday morning, a day before the Kabali is released in India. One of fans did the review of the Kabali movie online. Balaji Srinivisan posted the review on Facebook in the morning and the search, Balaji Srinivasan Kabali, on the facebook soared. More than 50,000 people have searched for it already.

However, Balaji Srinivasan himself took the review off his page but it was already shared. This is what was mentioned in the Kabali review online:

Thanks to bay area cine industry friends, I got to watch a preview show of Kabali. I went in with no expectations and came out with mixed feelings. Kabali is paisa vasool for Rajinikanth fans while others can have equal fun mocking the aged superstar go through his paces.

Rajinikanth has already donated all his assets, built many colleges, constructed dams, overthrew a Chief Minister and in general he has given up his life for the masses.

In this kabali movie online review, it's shown that tamils are ill-treated in Malaysia and they need a Messiah to save them. Then the Superstar Rajinikanth entry occurs, who, like Nelson Mandela, had to spend several years in prison for his opposition to racism. When he is out of the prison, he goes for a regular life (think Baasha’s auto driver), then some circumstances force him to become a gangster and rescue his daughter from the enemies. Tamils/Dalits in Malaysia make him as their leader and he stives to improve their conditions tremendously.

If you are a Rajinikanth fan, you will get goosebumps while watching the kaballi movie. All things that his fans are familiar with like Rajinikanth's slow motion walks, stylish poses, crisp dialogues and you will find theatres or movie halls packed full and there is a loud applause each time Rajini does his routine. Fans could feel nostalgic when they find Rajinikanth's youth in flashback scenes. Director of the Kabali movie has ensured that larger than life image of Rajinikanth is preserved. You may get a feeling like a lifetime highlights of various Rajinikanth movie scenes re-enacted.

If you are a casual cinema goer, the whole feel will look artificial. Radhika Apte is apt in her role as is Dhansika.