What is Pokemon GO and why is it taking the internet and mobile world by storm?


Nintendo's mobile game Pokemon GO is the new sensation of the internet, gaming and mobile world. Game lovers all over the globe are trying out the new Pokemon GO smartphone game.

So are you looking for the game named Pokemon GO? If yes, see below for more information:

What is Pokemon GO? 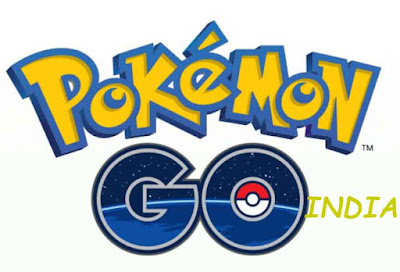 PokemonGo is a game in which players search and capture Pokemon characters and do battle with other Pokemon. Pokemon GO players can capture, battle, and train virtual creatures, called “Pokemon”, which appear on the mobile device screens and looks very similar to that of the real world.

Pokemon GO is a free-to-play game which makes use of GPS and the camera of compatible devices. In-app purchases for power-ups and extra items are also available.

Players, known as "trainers," download Pokemon Go game on to their smartphones. They need to walk around to find and catch Pokemon and catch up specific locations called Pokestops - where Pokeballs and other useful items are collected, this way the game progresses.

Why Pokemon GO has taken the internet gaming and mobile world by storm?


The wildly popular mobile app, based on a 1990s Nintendo game, has created a buzz in the whole world as players roam the real world looking for cartoon monsters.

In the United States, it has become the No. 1 free app in Apple Inc`s US iTunes store within a few days of its launch. Two days after its release, Pokemon GO was installed on more than 5 percent of Android devices in US.

The new Pokemon GO game puts Pokemon in the real world by utilizing GPS location information and makes players chase down the virtual pocket monsters in their own vehicles, this seems to have caught the fancy of gamers. The Pokemon GO game has been released in the United States, Australia and New Zealand. The Pokemon GO is now more on Android phones than dating app Tinder, daily active users is almost the same as Twitter. The Pokemon GO game is played an average of 43 minutes a day and it is more time spent than on WhatsApp or Instagram.

Matt Hoffman, a clinical assistant professor at the Texas A&M College of Nursing, says, "this quest to "catch 'em all" is great as it pokes people to travel across the land, searching far and wide for a pokemon resulting in regular exercising. As it involves a lot of Walking, getting to Pokestops, catching different Pokemon and hatching the Poke eggs is good.

"What began as just playing the game has now become a hobby for me that provides certain health benefits," Hoffman said.

"I've spent an hour or two at a time venturing around the community to find Pokestops. And, to hatch one egg, a trainer must walk anywhere from one-six miles. There's no doubt about it, I am exercising more as a result of playing the game, and I am enjoying it," added Hoffman who is fondly called as the "Pokémon Professor" by co-workers.

"The game is bringing people together, providing opportunity for social interaction and increasing our sense of belonging which can have a positive impact on our emotional and mental health," Hoffman said.

As Pokemon Go is a non-violent game, it also involves families to walk around playing the game together.

"It encourages parents to go outside with their children while they play. Pokemon Go has the ability to transport families away from an evening on the couch to walking around the neighbourhood," the author added. Though, Pokemon Go should not be played while driving. You must also avoid playing in dark, isolated areas as you could be robbed and attacked. So, here you go Pokeman Go, the world is loving you.

Pokemon Go is now available in these list of countries:

Asian countries including Singapore, India, Japan and Indonesia have been added to the Pokemon GO server list in the last few hours.

How to Download Pokemon Go APK, Install, and Play on Android

Steps in order to download Pokemon Go on Android:

On your phone go to Settings.
Tap on Security (also labelled as Privacy on some devices).
Go to Unknown sources.
Tap Allow for the installation of apps from unknown sources. This will allow you to install Pokemon Go.
On your phone, download Pokemon Go from here.
Now simply go to the Downloads folder on your phone and install it.

You can now play Pokemon Go on Android.

How to download and install Pokemon Go on iPhone

Now that you have a US account, just tap the Search button on the bottom panel.
Search for Pokemon Go or tap here.
Tap Get to download and install Pokemon Go on your iPhone.