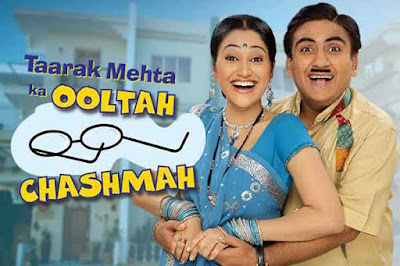 Comedy show Taarak Mehta Ka Ooltah Chashmah has a set a record. The show #TMKOC is in Limca Book of Records as the longest running comedy fiction show.

Said Mr. Asit Kumarr Modi, "We had started telecasting the show on 28 July 2008 inspite of adverse comments and advice from people on the very concept and story of Taarak Mehta Ka Ooltah Chashmah. However, I was confident and so was my entire team and actors. We knew that there was a gaping hole in the entertainment industry for a family entertainer."

"Today we stand vindicated. This acknowledgement from LIMCA Book of Records proves that show is well liked and has a constant as well as big fan following. Otherwise no show can sustain for so long on any channel. I thank my channel SAB TV for trusting my instincts about the concept," he added.

Today on July 28, 2016, Taarak Mehta Ka Ooltah Chashmah (TMKOC) is celebrating "Hanso Hansao Diwas" as they have entered into the ninth year since they first aired on SAB TV.

Actor Varun Dhawan visited the Gokuldham Society and had a lot of fun on the sets with the whole cast and crew from the show Taarak Mehta Ka Ooltah Chashmah. Tapu sena clicked selfie with Varun Dhawan and Dayaben & Jethalal also posed in Dishoom style.

The special episode of #TMKOC will be in the month of August. Jethalal (Dilip Joshi), Dayaben (Disha Vakani) and all the whole TMKOC cast will be seen on 'The Kapil Sharma Show'. The show is written by Raju Odedra, Rajan Upadhyay, Jitendra Parmar, Abbas Hirapurwala and Niren Bhatt. Harshad Joshi and Malav Rajda are the directors of the show.
Tags # hanso hasao diwas # taarak mehta ka ooltah chashmah
Whatsapp