Nick Jonas, Priyanka Chopra Net Worth will blow your mind

on 1:07 PM in net worth, net worth of nick jonas, priyanka chopra net worth 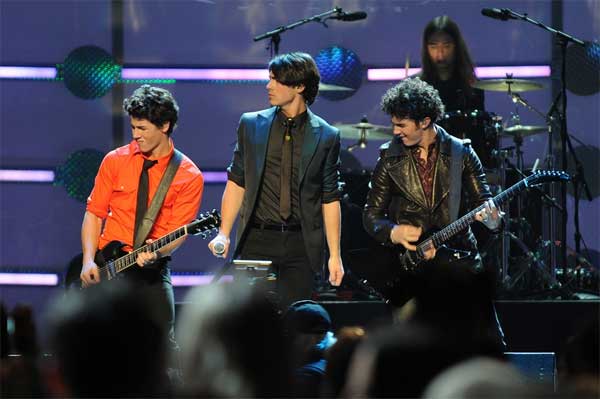 Introduction
Nicholas Jerry Jonas is an American singer, songwriter, musician and actor from Dallas. His acting carreer started in theater at the age of 7 and released his debut single in 2002.
Jonas formed a band with older brothers, Joe, and Kevin, known as the Jonas Brothers.  In 2006, the band released their debut studio album It’s About Time through the Columbia label.

What is Nick Jonas Net Worth?

Early Life
Born on the 16th of September, 1992, in Dallas, Texas, Nicholas Jerry Jonas is the son of Paul Kevin Jonas and Denise. He was raised in Wyckoff, New Jersey. Along with Kevin and Joe, Nick has a younger brother named Frankie. Nick and his brother Joe are 5ft 6" tall, and Kevin is the tallest at 5ft 7". He was diagnosed with Type-1 diabetes at 13, later on he set up a non profit organisation Change for the Children Foundation to raise awareness of the condition.

Career
Jonas was seen singing at the age of 6 when in a hair salon where his mother went for a haircut. He performed in shows like A Christmas Carol as Tiny Tim (2000), Scrooge (2001) and other Broadway musicals like ‘Annie Get Your Gun’ (2001) and ‘Beauty and the Beast’ (2002). The Jonas Brothers released their single titled ‘S.O.S’ in 2007, which was a fortune for them. Soon over 1.5 million copies were sold in the US making it a big hit and became top 20 hit on Billboard Hot 100.

‘Close’ a song collaborated with Tove Lo, was a big success, making it the top twenty of the Billboard Hot 100 and his third top ten hit on the Mainstream Top 20 chart. Nick starred as an actor with a role in the comedy horror series Scream Queens. Nick Jonas made an appearance alongwith Dwayne 'The Rock' Johnson in the adventure film ‘Jumanji: Welcome to the Jungle’ in 2017. Nick is a supporter of Diabetes Care at the Children's National Medical Center in Washington, D.C.

Awards
With Jonas Brothers, Nick Jonas won many awards. Jonas Brothers won an American Music Award for new artist of the year in 2008. Then, they won Teen Choice Awards and Kids’ Choice awards. The group won a Shorty Award for best musician in 2011.

Personal life
American actor and singing sensation, Nick Jonas is now married to one of the most popular actresses of India, Priyanka Chopra. Now people all over wants to know about Nick Jonas and Priyanka Chopra's assets, net worth, income, lifestyle and previous relationships. 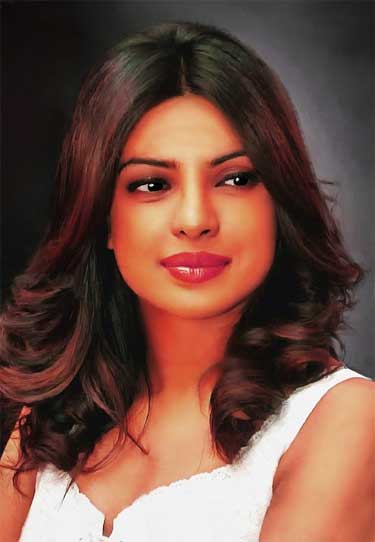 'Desi girl' Priyanka Chopra who is a Bollwood actress married Nick Jonas in December 2018. Priyanka and Nick got married at Umaid Bhawan Palace in Jodhpur, Rajasthan, India with two ceremonies to honour each other's traditions - a traditional Christian ceremony where she wore a custom-made Ralph Lauren gown as well as wedding as per Hindu rituals. An interview with Jimmy Fallon on The Tonight Show, Priyanka Chopra told about why it was important for her to take Nick Jonas’ last name. She always wanted to add her husband’s name. She said, “I always wanted to add his name to mine because I feel like we’re becoming family, and I’m a little traditional and old school like that. But I don’t take away my identity. He gets added to who I am.”

When Nick was asked about which custom of the Indian wedding he loved the most, Nick said, "Just how thoughtful it is… finding the meaning behind every detail really just made me fall in love with the culture even more." Guests in the Nick Priyanka marriage also included Nick's brothers Kevin and Joe, Joe's wife Sophie Turner plus Elizabeth Chambers.

Priyanka Chopra was crowned Miss World in 2000 and is one of the most popular Indian faces worldwide. PeeCee, as she is commonly known as, also won the People's Choice Award for Favourite Actress in a TV show. She was named one of the most powerful women in the world in 2017. A report estimated her earnings at $10 million or Rs 64 crore between June 1, 2016 to June 1, 2017. Most of the Priyanka Chopra's earnings come from her films. Besides being part of Baywatch which also starred Dwayne Johnson and Zac Effron, she was also cast in movies like A Boy Like Jake and upcoming movie, Isn't It Romantic, starring Liam Hemsworth, Rebel Wilson and Adam DeVine. She sang  'In My City' featuring Will.i.am and 'Exotic' featuring Pitbull

Priyanka Chopra’s 37th birthday, was celebrated by husband and singer Nick Jonas. He brought a massive, five-tiered red-and-gold color chocolate and vanilla concoction birthday cake, which was similar to Priyanka’s outfit. The cake was made by Divine Delicacies Cakes, for about $5000 (Rs 3.45 lakh), as per a report by Pinkvilla. Priyanka celebrated the birthday cake cutting with Nick, mother Madhu Chopra and cousin Parineeti in Miami. On her head, Priyanka wore a tiara that read ‘birthday girl’.


What is Priyanka Chopra and Nick Jonas combined net worth?


Besides being a top bollywood actress, Priyanka bagged the lead role in American TV series Quantico, playing FBI agent Alex Parrish in 2015.  As per Forbes, Chopra earned $3 million per season of Quantico. She made her Hollywood debut with Baywatch, and her role was appreciated by critics and fans alike. Priyanka will now be seen in Shonali Bose's The Sky Is Pink with Zaira Wasim and Farhan Ahktar which is all set to be premiered at the Toronto Film Festival 2019 in September. She has a number of production ventures under her banner Purple Pebble Pictures. Also, she endorses many brands, adding to her earnings. She is the global ambassador for Pantene and a "global citizen" for GAP. She also endorsed brands like TAG Heuer, Pepsi, Nokia, Garnier, LYF smartphones and Nirav Modi. In 2016, she was appointed UNICEF's Goodwill Ambassador. She was ranked #7 on Forbes' list of Bollywood's highest paid actors in 2017. She gets Rs 12 Crore for every bollywood film, Rs 4-5 Crore for a few minutes of on stage performance, Rs 5 Crore for every endorsement.

Nick Jonas was only 12 when he and his brothers, Kevin and Joe, were signed as a group by Columbia Records. The got fame with Disney Channel soundtracks, and "Jonas Brothers", the album which they did in a group in 2007 sold two million copies after entering the Billboard Hot 100. The Jonas brothers became sensation after an appearance on Hannah Montana and coming up in Camp Rock with Demi Lovato. After a split with Jonas Brothers, Nick focussed on his solo career. He released "Chains" and "Jealous", soon it became his first top ten hit as a solo artist on the Billboard Hot 100.

Nick makes most of his fortune from music and from product endorsements and collaborations. Jonas collaborated with designer John Varvatos to release a men’s clothing brand in 2018. Jonas appeared in the DirecTV drama Kingdom and Fox’s Scream Queens. Nick Jonas owns a house in Los Angeles which is estimated to be worth over 3.5 million USD (roughly over Rs 24 crore). He also owns luxury cars such as Chevy Camaro which is worth 35,000 USD (over Rs 24 lakh), Dodge Challenger worth USD 35,000 (over Rs 24 lakh), a Ford Mustang worth USD 65,000 (over Rs 45 lakh), a 1960 Ford Thunderbird, a Karma Fisker worth Rs 70 lakh and a BMW 5 series.

As per Celebrity, Nick Jonas net worth is estimated at $25 million (Rs 171 crore). Priyanka and Nick combined net worth is around Rs 375 crore. Priyanka and Nick live together in a Beverly Hills mansion worth $6.5 million. The mansion is 4,129 square feet having five bedrooms and four bathrooms. She also owns a 4-bedroom house in Manhattan, New York.

Nick Jonas first popular girlfriend was Miley Cyrus. They brokeup in 2007, then it was said that Nick was dating Selena Gomez and later on Nicole Anderson. However, there is no confirmation about his relationship with Selena and Nicole. Nick Jonas's name was also associated with Samantha Barks, Delta Goodrem, Gigi Hadid, Rita Ora, Kendall Jenner, Tinashe, Kate Hudson, Barbara Palvin, Lily Collins, Cherry D, and Georgia Fowler.

Nick Jonas is best known as one-third of The ‘Jonas Brothers’, the band has sold more than 17 million albums worldwide getting recognition from all over the world.
Tags # net worth # net worth of nick jonas
Whatsapp

Email ThisBlogThis!Share to TwitterShare to FacebookShare to Pinterest
Labels: net worth, net worth of nick jonas, priyanka chopra net worth