Home article 35a article 370 Kashmir Integrated kashmir news All you need to Know about Kashmir & Article 370, Article 35A Removal

All you need to Know about Kashmir & Article 370, Article 35A Removal

All you need to Know about Kashmir & Article 370, Article 35A Removal 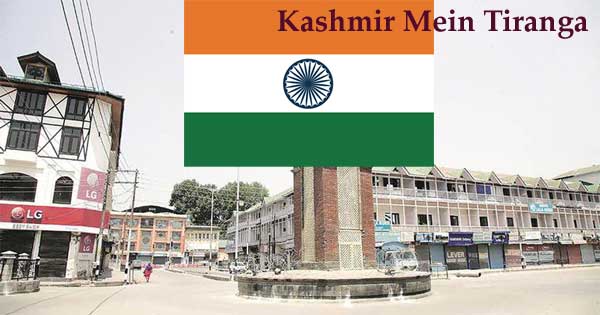 1. The Modi Govt. on Monday i.e. August 5, 2019 scrapped Article 370 of the Constitution that provides special status to Jammu and Kashmir, with an order saying “it shall come into force at once".  Union Home Minister Amit Shah said the government has decided to divide Jammu and Kashmir into two Union Territories – Jammu and Kashmir, having a legislature, and Ladakh, without a legislature. A separate bill to bifurcate the J&K state into two separate Union Territories (UTs) of Jammu and Kashmir, and Ladakh was presented. Shah, received a standing ovation from his party colleagues as he entered the House just minutes before proceedings in the Rajya Sabha started and termed the move as "historical", saying Article 370 has not allowed integration of Jammu and Kashmir with the country. The announcement came after Prime Minister Narendra Modi held a meeting of his cabinet at his house in the morning.

2. President Ram Nath Kovind exercised his power under Clause 1 of Article 370. “Under Article 370 there is a provision that the President may by public notification declare that this article shall cease to be operative… from such date as he may specify… Because there is President’s rule, all decisions of the Assembly will be taken by the House and we can pass the order with majority," Amit Shah said in the Rajya Sabha. Home Minister Amit Shah moved the resolution on Article 370 as also the Jammu and Kashmir Reorganisation Bill 2019 along with bills extending reservation for economically weaker sections in educational institutions and government jobs in Jammu and Kashmir in the upper house of Parliament.

Now Article 370 no longer applies to Jammu and Kashmir. Amit Shah said Article 370 was used for "vote bank politics" and the previous governments lacked the political will to scrap it. He said, "The Modi government has the political will and we are not bothered about vote bank politics." He asked the Rajya Sabha members to have a discussion on the resolution and said there should not be a delay of "even one second" in removing Article 370.

Shah said, "Article 370 has only alienated J&K from the country. Only three families have looted the state and have benefited from it. The country wants to know why Article 370 was extended for so long, why people did not benefit from reservation, why so much money was pumped into J&K but why are the people still poor? Not a second should be wasted in removing Article 370."

4. Jammu and Kashmir will now be governed by the same laws as applicable to all other Indian citizens.

IN the J&K state, Section 144 of the Code of Criminal Procedure (CrPC) was imposed in the state on Sunday night, which does not allow gathering of four or more people. Both former chief ministers, Omar Abdullah and Mehbooba Mufti, were placed under house arrest. Communication lines, were snapped, and internet and mobile services were also suspended.

Immediately after the announcement was made, members of the Indian National Congress, Trinamool Congress and Dravida Munnetra Kazhagam (DMK) shouted on the floor of the House, one of the PDP members tore his clothes and other PDP member tore copies of the Constitution, after which Chairman M Venkaiah Naidu ordered that they be physically removed.

Article 370 limits Parliament’s powers to make laws to those matters in the Union and Concurrent Lists, in consultation with the state government, as announced by the President, which should correspond with matters specified under of Instrument of Accession. The Jammu and Kashmir Assembly currently is dissolved.

Article 370 says that Parliament need the state government’s concurrence for applying any law, except those that fall in the domains of defence, foreign affairs, finance and communications. Ownership of property, fundamental rights and citizenship are covered under a separate law for Jammu and Kashmir.

This 370 act also says that only two Articles of the Constitution will apply to Jammu and Kashmir – Article 1 which defines India and Article 370 itself. The provision was included in the Constitution on 17 October, 1949.

This 370 act in Kashmir established a separate constitution and a separate flag and denied property rights in the region to all other Indians outside the state.It meant residents of Kashmir live under different laws from the rest of the country in matters such as property ownership and citizenship.

Article 35A allows the Jammu and Kashmir legislature to define permanent residents of the state. It was inserted through the Constitution (Application to Jammu and Kashmir) Order, 1954, issued by President Rajendra Prasad under Article 370, on the the advice of the Nehru-led Government.)

J&K Constitution was adopted in 1956, this 35A in Kashmir defined a permanent resident as someone who was a state subject on May 14, 1954, or who has been a resident of the state for 10 years, and has lawfully acquired immovable property. Simply under 35a no outsider can own property in J&K or get a state job.

The 35a article, also says that if female residents of Jammu and Kashmir marry a person from outside the state, all their as well as their children property rights in the Kashmir would go away.

What does removal of 370 Article and 35A Act in Kashmir mean for India and Kashmir?

After Kashmir's special status is repealed, people from the rest of India now have the right to acquire property in Jammu and Kashmir and settle there permanently. Anybody from the territory of India can work and have a job there. Private companies will now be able to open offices, factories, industries in Kashmir. Tourism will be increased, hotel industry will open there making big employment oppurtunities. Moreover, there are crores of people in India alone and in the World who have not visited Kashmir in their lifetime and they want to visit Kashmir.. With this, there would be a boom in the tourism sector.Now same law applies to Kashmir and the whole of India. RPC(Ranbir Penal Code) is removed now with IPC (Indian Penal Code). Previously, there was a different constitution of Kashmir and a different flag. Now there will be one constitution in the whole of India and one flaf in the Country i.e Tiranga.

Related Posts:
kashmir news
at 3:30 AM