Who is Jamyang Tsering Namgyal?

Who is Jamyang Tsering Namgyal? 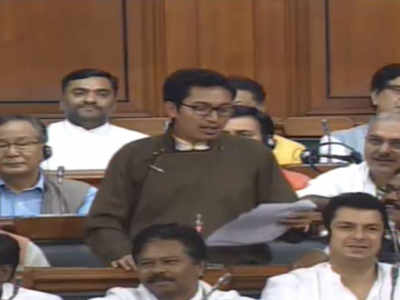 Why Jamyang Tsering Namgyal is in news recently?

Jamyang Tsering Namgyal made a passionate intervention in the Lok Sabha during the debate on abrogation of Article 370 from Jammu and Kashmir in Lok Sabha. Namgyal in Lok Sabha criticisied the Congress party for not doing enough for Ladakh region when it was in power for years before.

He said, “I am very glad that a lot of people referred to Ladakh, Leh and Kargil in their speeches but I want to know that do they really know what Ladakh is? Ladakh was not embraced, it was thrown in one corner and there were statements in this House that it was that land where not one speck of grass grows. In the last seven decades, nobody cared for Ladakh". Further he said, “We have struggled for 71 years to make Ladakh a union territory and to be a part of India. The earlier governments gave us no audience and never tried to understand us. Under Kashmir, our development, our political aspiration, our identity, our language – if all of this got lost it is because of Article 370 and the Congress party is responsible for that."

He has also worked as a council in the Ladakh Autonomous Hill Development Council, Leh and as the state media secretary of the BJP. He was appluaded in the Lok Sabha as he not only criticised the Congress but also the regional parties of the region - National Conference (NC) and People’s Democratic Party (PDP). “The district presidents in Leh of NC and PDP signed a memorandum of union territory, they were thrown out of the party by issuing a press release. And now these people talk about democracy – was that your democracy which was about shutting down people," Namgyal said further.

Jamyang Tsering Namgyal also said that if Article 370 is scrapped only two families in Kashmir will lose their job and Kashmir has a bright future ahead. People of Kargil and Ladakh have supported it being a union territory. "They do not contest Panchayat elections but when it comes to their posts, they will contest. This is to ensure finishing off grassroot democracies and only look out for themselves...they think Kashmir is their ancestral property but that is no longer true," he added. Lok Sabha Speaker Om Birla also appluaded him and said young lawmakers like Namgyal must be encouraged to speak more in the House.

Now as Article 370 is gone, Union government has created India's first only-Buddhist union territory with a dominant Buddhist population of 1.33 lakh out of a total of 2.74 lakh.
Like Chandigarh, Ladakh too will not have a legislative assembly and will come directly under Central govt. which has been gladly welcomed by the people of Ladkah.

"Today is that day in Indian history when the mistakes made by the Congress under the leadership of Pandit Jawaharlal Nehru are being rectified. In 1948, the president of the Ladakh Buddhist Association had requested Pandit Jawaharlal Nehru to either bring Ladakh directly under central administration or make it a part of East Punjab, but under no condition keep Ladakh with Kashmir. But the government at the time didn’t even listen to us. And because we are under Kashmir, till date Ladakh has not been developed," Namgyal said.

After Namgyal's speech, BJP members sitting around him, like home minister Amit Shah, defence minister Rajnath Singh and minister for textiles and women and child development Smriti Irani, laughed and thumped their desks.

After finishing his school education, Namgyal went to Jammu for higher education, then he went into student politics and the BJP. Previously, he had been elected as a councillor in the Ladakh Autonomous Hill Development Council with a record margin.

Ladakh is the largest parliamentary constituency in the country, with an area of 1,73,266 kilometres. But it has only 1.59 lakh voters. Namgyal, has made the people of the Ladakh proud with his speech in Parliament.

Prime Minister said the Ladakh BJP MP coherently presented aspirations of people of the region in his speech. He said on Twitter, "My young friend, Jamyang Tseing Namgyal who is @MPLadakh delivered an outstdanding speech in the Lok Sabha while discussing key bills on J&K. He coherently presents the aspirations of our sisters and brothers from Ladakh. It is a must hear."

My young friend, Jamyang Tsering Namgyal who is @MPLadakh delivered an outstanding speech in the Lok Sabha while discussing key bills on J&K. He coherently presents the aspirations of our sisters and brothers from Ladakh. It is a must hear! https://t.co/XN8dGcTwx6
— Narendra Modi (@narendramodi) August 6, 2019