on 9:30 AM in democracy day, international day of democracy 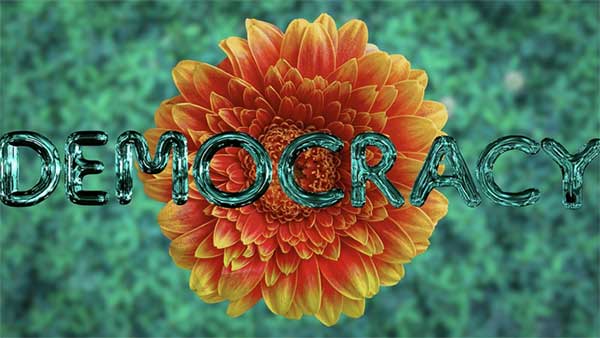 The UN is the responsible body to see peace being prevailed and human rights being followed worldwide. As per United Nations, human rights and the rule of law are best protected in democratic countries. The UN general assembly on November 8, 2007 made September 15 as the date to observe the International Day of Democracy. All governments were asked to strengthen their national programs devoted to promoting and consolidating democracy on the International Day of Democracy.

After the UN meeting of Novermber 8, 2007, the International Day of Democracy came to be first celebrated in 2008. The year 2008 marked the 20th anniversary of the first International Conference of New or Restored Democracies, focussing on promoting and consolidating democracy around the globe. The link between democracy and human rights is captured in article 21(3) of the Universal Declaration of Human Rights, which states:
“The will of the people shall be the basis of the authority of government; this will shall be expressed in periodic and genuine elections which shall be by universal and equal suffrage and shall be held by secret vote or by equivalent free voting procedures.”

The main significance of International Day of Democracy is that it provides an opportunity to urge people, all governments to respect the rights of the citizens and provide substantive and meaningful participation in democracy. Even the 2030 Agenda for Sustainable Development is to address democracy in Sustainable Development Goal 16 and recognise the links of individuals between peaceful societies, effective and accountable and inclusive institutions.

On this day, several people and organisations work together to raise awareness about democracy and for that they also hold several events like conferences, debates, discussions etc. Various publicity campaigns are organised at UN headquarters to commemorate the International Day of Democracy.

It is the need for the people to understand that democracy and human rights are closely linked. Democracy gives right to vote, to elect government of choice. If there is no democracy then there will be lack of rights and finally human rights would be curtailed.  Therefore, we can say that International Day of Democracy is a day when we can educate the public and especially the younger generation on issues of concern and to reinforce the achievements of humanity.

The United Nations’ (UN) International Day of Democracy is held every year on September 15 to tell the importance and increase public awareness about democracy. A number of activities and events are held around the world to promote democracy.

Democracy is about people. Its only in a democratic society that protection and effective realisation of human rights are observed and the right to political and civil freedom is maintained. Democracy creates a natural environment which is of the people, by the people and for the people. 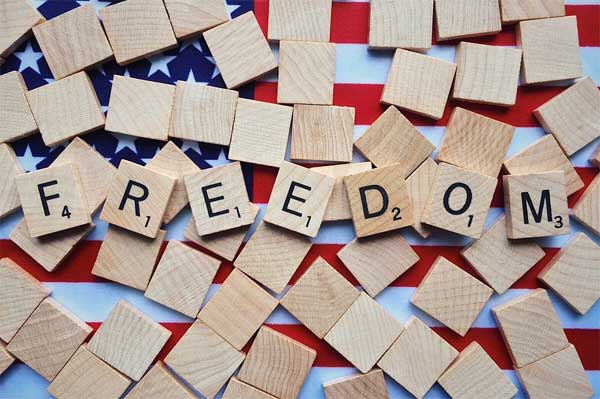 
What Do People Do on Democracy Day?

People and organizations all over the world which includes government agencies as well as NGOs conduct various programmes to promote democracy and its principles on the International Day of Democracy. Discussions, conferences and press conferences are held from key speakers who support democratic governments and communities. Posters are placed in universities, public buildings, and places informing people about the way of democracy and how it is important for the freedom of expression. A campaign, called the Global Democracy Day Initiative, for which a petition has been made to the UN and heads of states to officially adopt October 18 as Global Democracy Day to support International Day of Democracy. 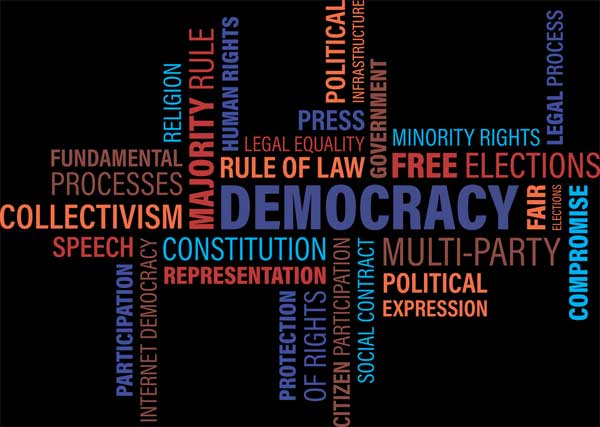 The International Day of Democracy 2019 theme is 'Participation'. As per UN, democracy is built on inclusion, equal treatment and participation. It is a fundamental building block for peace, sustainable development and human rights.

India is the World's largest democracy.

The 4 countries in the world that do not claim to be democratic are: Saudi Arabia, Burma, Brunei and the Vatican City.

Most of the non-democratic countries are in Africa and Asia

Only 5 countries with a population of over 500,000 people did not hold elections between 2000-2012. They are: China, Eritrea, Qatar, Saudi Arabia and the United Arab Emirates.


International Day of Democracy What you can Do


Gives the power to the people

Citizens have the power for Change

Great emphasis is given on equality

Here we have given some popular International day of democracy quotes:


Democracy cannot succeed unless those who express their choice are prepared to choose wisely. The real safeguard of democracy, therefore, is education.  Franklin D. Roosevelt

Deliberation and debate is the way you stir the soul of our democracy. Jesse Jackson

Let us never forget that government is ourselves and not an alien power over us. The ultimate rulers of our democracy are not a President and senators and congressmen and government officials, but the voters of this country. Franklin D. Roosevelt

The best argument against democracy is a five-minute conversation with the average voter. Winston S. Churchill

I don’t have any formula for ousting a dictator or building democracy. All I can suggest is to forget about yourself and just think of your people. It’s always the people who make things happen. Corazon Aquino

Let us never forget that government is ourselves and not an alien power over us. The ultimate rulers of our democracy are not a President and senators and congressmen and government officials, but the voters of this country. Franklin D. Roosevelt

Democracy is the only system capable of reflecting the humanist premise of equilibrium or balance. The key to its secret is the involvement of the citizen. John Ralston Saul

Democracy is when the indigent, and not the men of property, are the rulers. Benazir Bhutto

The single-most powerful word in our democracy is the word ‘we’. We the people. We shall overcome. Yes we can. Barack Obama

Everybody now seems to be talking about democracy. I don’t understand this. As I think of it, democracy isn’t like a Sunday suit to be brought out and worn only for parades. It’s the kind of a life a decent man leads, it’s something to live for and to die for. Dalton Trumbo

Democracy is a daring concept — a hope that we’ll be best governed if all of us participate in the act of government. It is meant to be a conversation, a place where the intelligence and local knowledge of the electorate sums together to arrive at actions that reflect the participation of the largest possible number of people. Brian Eno

Related Posts:
international day of democracy
at 9:30 AM