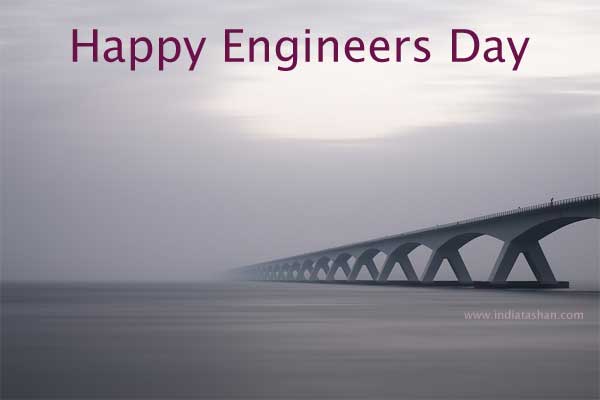 Since the invention of the wheel in ancient history to the modern day drones, engineers have given a great push for the progress of human technology and play a vital role in the development of a nation. Engineers are higly important and are one of the many backbones a country possesses for its growth. Engineer’s Day is celebrated around the world with much enthusiasm.

When is Engineers Day in India?

"India is celebrating 51st anniversary of the Engineers Day in India and 158th birth anniversary of Sir Mokshagundam Visvesvarayya on 15th September, Sunday in 2019."

Why India celebrates Engineers Day on the birth anniversary of M. Visvesvaraya?

You may also want to know "What is the significance of Engineers Day" and "What contributions were made by M. Visvesvaraya"? 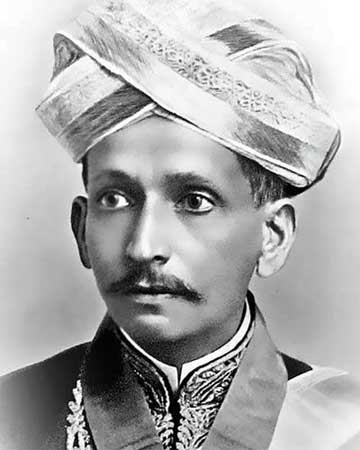 Visvesvaraya was the one who patented and installed an irrigation system with water floodgates at the Khadakvasla reservoir near Pune to raise the food supply level and storage to the highest levels. Also it was installed at Gwalior’s Tigra Dam and Mysuru’s Krishnaraja Sagara (KRS) dam, which created one of the largest reservoirs in Asia at that time. Visvesvaraya was known for his contributions in the field of engineering and was also named the “ precursor of economic planning in India”, as per the Institution of Engineers India (IEI). He is best known for his discourse “Planned Economy for India and Reconstructing India” which is the first of its kind describing about planning efforts by India. He went on to become India’s most prolific civil engineer, dam builder, economist, statesman, and one of the foremost nation-builders. He was the main engineer responsible for the construction of the Krishna Raja Sagara Dam in Mysore as well as as the chief designer of the flood protection system for the city of Hyderabad and was also instrumental in developing a system to protect Visakhapatnam port from sea erosion. He is known in the world for his contribution to harnessing water resources. He was responsible for the building and consolidation of dams across India. He also invented the Block System - automated doors that close in the conditions of overflow. Lakhs of farmers and common people continue to benefit from the Krishna Raj Sagar Dam built by him. Former President of India Dr. APJ Abdul Kalam once said "Some of the brightest minds in the country can be found on the last benches of the classroom". Visvesvaraya received the Bharat Ratna in 1955 for his outstanding contribution to the society.

He studied Bachelor of Arts (BA) from the University of Madras and pursued civil engineering at College of Science in Pune. He was awarded British knighthood as a commander of the British Indian empire by King George V in 1915 while he served as the Diwan of Mysore from 1912 to 1918. He became a member of the London Institution of Civil Engineers before he was awarded a fellowship by the Indian Institute of Science (IISC) Bangalore. He passed away in 1962, and his memorial at Muddenahalli, is managed by the Visvesvaraya National Memorial Trust. Visvesvaraya Technological University in Belagavi is named after M. Visvesvaraya.


Every year, Google also makes a Doodle on its India home page to celebrate Engineers day in memory of M Visvesvaraya, whose birth anniversary is Engineer's Day in India. Visvesvaraya designed and constructed several river dams, bridges and transformed the irrigation system in India by implementing irrigation and drinking water system all over the country. On #EngineersDay, Indiatashan.com congratulates our hardworking engineers and appreciate their dexterity as well as dedication. Their role in nation building is extremely vital. We also pay tributes to the noted engineer, Shri M Visvesvaraya, on his birth anniversary.

Engineer's Day is celebrated around the world on different dates to appreciate the contribution of engineers. US celebrated enginners day in the month of Feburary, Russia celebrates it on December 22, Mexico on July 1, Italy on June 15 and Israel on January 22. Let's see the Engineers Day dates for different Countries of the World: