Bigg Boss 13, one of the most entertaining shows of Indian TV and enjoyed by millions of young audience, is the thirteenth season of the Indian reality TV series Bigg Boss based on the Dutch series Big Brother, and will start on date 29th September 2019 on Colors TV. The launch episode is titled "Grand Premiere". Salman Khan is hosting the Bigg Boss 13 season for the tenth time.

Salman has already said that this time the show is going to be 'tedha' (twisted) and unpredictable. He has also warned the Bigg Boss contestants to be grounded from the beginning of the show. There are reports circulating in the media which says that the Bigg Boss 13 host - Salman Khan will be paid Rs 31 crores per weekend, making it Rs. 403 crores in total for around 26 episodes. Bollywood superstar Salman Khan has hosted 9 Bigg Boss seasons earlier and this his is 10th season. This is a fact that the show's audience love hime and he has handled hosting the show quite well so there is nothing to be amazed that Salman is getting this hefty amount.

As the Bigg Boss 12 season had a mix of celebrities and commoners as contestants and that did not worked so the makers of the show have decided to have an all-celebrity line-up for the new season.


Bigg Boss house has changed the location this time to Mumbai in Film City, Goregaon. Earlier all previous seasons have been shot in Lonavala. 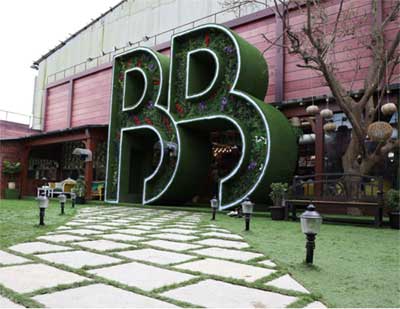 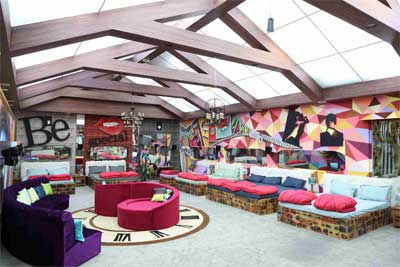 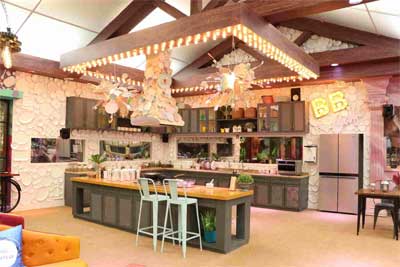 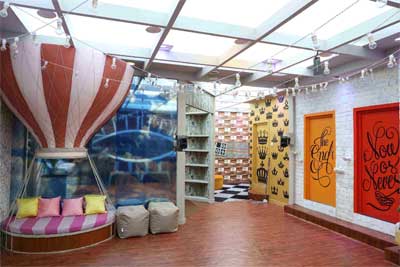 
Bigg Boss 13 host is none other than Bollywood superstar Salman Khan, who has now become a face of the show as he has hosted Bigg Boss for the previous 10 seasons. Bigg Boss has also been hosted by Arshad Warsi, Shilpa Shetty, Amitabh Bachchan and then from 4th season of Bigg Boss, the show is hosted by Salman Khan. Bigg Boss 5 was hosted by Sanjay Dutt along with Salman.


Bigg Boss, based on international reality show is super entertaining show where contestants survive 100 days under the surveillance of multiple cameras. From time to time, Bigg Boss contestants are given tasks to perform in the house, and their survival in the house depends on how well they perform the tasks as well as through audience vote.

Bigg Boss in other Languages

Bigg Boss Season 13 is starting from 29th September at 9 PM IST. Though the show will come from Monday to Friday at 10:30 PM and 9 PM on Saturdays and Sundays as weekend ka var. It will be for 15 odd weeks.

Bigg Boss 13 Winner name is expected to be declared on January 12, 2020. Do check this page to find out who will be the Winner of Bigg Boss 13.


The Bigg Boss "eye" this season is red and black coloured; with fire flames coming from the pupil.

Bigg Boss 13 season will only have celebrity contestants, actors from Bollywood and TV and no commoners.

Some of the Bigg Boss 13 housemates were revealed through promos prior to the "Grand Premiere". These are the two names:

Channel Colors TV has pretty much confirmed that actors Siddharth Shukla and Devoleena Bhattacharjee will be there in the house by giving their slight glimpse in a promo, though their faces were not shown clearly. Koena Mitra is the third confirmed contestant on the show. Koena has done films like Musafir, Apna Sapna Money Money, Anamika and some regional films. Koena went up high with her dance moves in Saki Saki from Musafir.

Some of the other names who are expected to be a part of the Bigg Boss 13 season are Dalljiet Kaur and Arti Singh. Arti Singh is Krushna Abhishek's sister and has worked in shows like Parichay, Waaris and Udaan. Actors who have been approached include actors Karan Patel, Vivek Dahiya, Zareen Khan and ex-Roadie Navjyot Gurudatta. Actress Rashmi Desai of Dil se Dil Tak fame is also expected to enter the show and will tie the knot with beau Arhaan Khan inside the house and the wedding ceremony will be attended by other housemates along with her cousin and a friend. Shivin Narang (Veera fame) who has just finished Khatron ke Khiladi 10 in Bulgaria is also coming as another contestant of Bigg Boss 13. Vivian Dsena who has said bye to the show Shakti Astitva Ke Ahsaas Ki is also expected to be part of the show. Paras Chhabra from Zee Tv's Aghori will also be seen in Bigg Boss season 13.

Salman Khan at the launch said, “Jitni jaldi main yaha pahunchna hu, the season is going to reach its finale that fast. But don't believe any rumours, the show will go on for 3 months. A big twist after a month will amaze the audience. The complete Bigg Boss season is going to be faster than this train journey. It's all going to be about raftaar.”

Salman Khan also introduced Bollywood actress Ameesha Patel as the surprise package this time. She is expected to be the female eye of Bigg Boss.