Halloween Date, When is Halloween this Year

on 7:15 PM in halloween date, when is halloween

What is the meaning of Halloween? or What is Halloween? 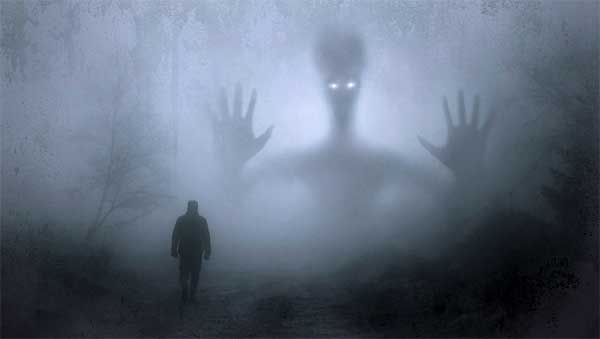 So what is Halloween ? Well, halloween is a Celtic tradition celebrated way back hundreds of years known as All Hallows’ Eve. Now, Hallows’ Eve became a single word of Halloween over the course of time).


As the Roman Empire ruled over Celt-occupied lands durng the 1st century A.D., Romans followed many of the Celtic traditions, which include Samhain, and carved out their own. After 800 years, the Roman Catholic Church again reinvented Samhain, making November 1 as All Saints’ Day, in respect to all Catholic saints. It was known as Allhallowmas, hallow meaning to sanctify, or make holy. In England, All Saints’ Day is known as All Hallows’ Day. The evening before, October 31, is known as All Hallows’ Eve, which became the American word Halloween!

Irish used candlelit turnips carved with a demon’s face to scare any spirits. Irish immigrants to US found few turnips in the 1840s, they started using the more plentiful pumpkins.

Where Did Halloween Come From?


The Halloween origins can be traced back to Samhain (pronounced sow-in), an ancient Celtic festival  in Britain and other parts of Europe celebrated to mark the ending of harvest time and the starting of the new year. Ancient Celts were of the view that at the time of Samhain, the barrier between worlds living and the dead or the spirits were very thin making it a good time to communicate with the deceased and to get their blessings. Samhain is the time of “summer’s end,” a day to say good-bye to warmth and light as length of the day shortens.

At that time, it was about scaring away the ghosts and spirits.

It was then in America that Halloween really took off. Because of the Irish immigrants to the United States, the popularity of Halloween increased during the 19th century. Halloween became more popular, with traditions like pumpkin carving and trick or treating in the 20th century which became even more popular through TV shows, books and movies.

Halloween is regarded as the scariest night of the year. People celebrate this Halloween day with great enthusiasm.

On 31 October, the day of Halloween, people follow various Halloween traditions. If you happen to be part of a Halloween party, you can see Trick or treating, people wearing scary fancy dresses, making a lot of Halloween decorations like pumpkin lanterns, Bobbing for apples. Young ones and the adults can be seen in various Halloween Costumes. Telling ghost stories are a common sight on this day of Halloween. Sexy & spooky Halloween costumes for women and men are available in the market.

Though some people believe that celebrating Halloween and making jokes on evil spirits and witches is not good.

Modern Halloween has become more about costumes and candy and less about ghosts. From the pagan ritual, Halloween day is now a day of merriment, scary costumes, parades and sweet candy treats for children and adults. 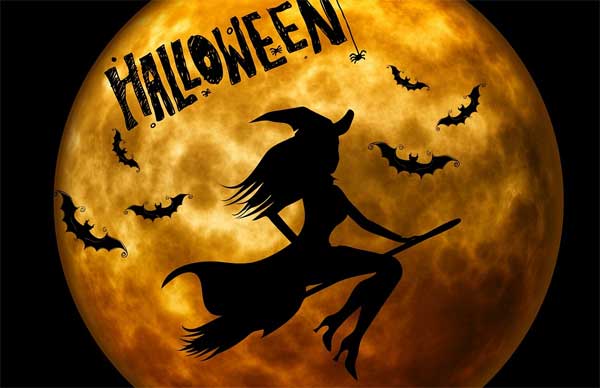 So, you might ask when is Halloween this year?
Halloween always falls on October 31st every year. 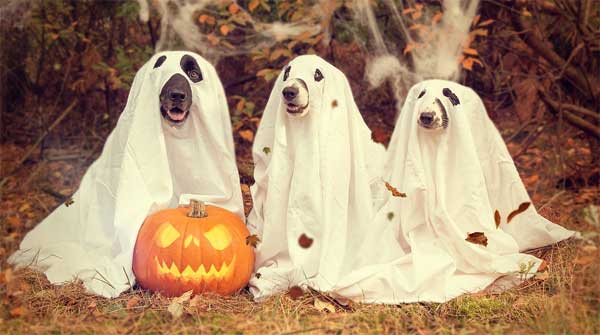 “If one door closes, and another one opens, your house is probably haunted.”

“Whatever you do, don’t fall asleep.”

"'Tis now the very witching time of night, when churchyards yawn and hell itself breathes out contagion to this world." — William Shakespeare

Look, there's no metaphysics on earth like chocolates." —Fernando Pessoa

"There is nothing funny about Halloween. This sarcastic festival reflects, rather, an infernal demand for revenge by children on the adult world." —Jean Baudrillard

Every day is Halloween, isn't it? For some of us." —Tim Burton

"I'll bet living in a nudist colony takes all the fun out of Halloween."—Anonymous

"My candle was nearly burnt out, when, by the glimmer of the half-extinguished light, I saw the dull yellow eye of the creature open." — Mary Shelley

"It's said that All Hallow's Eve is one of the nights when the veil between the worlds is thin — and whether you believe in such things or not, those roaming spirits probably believe in you, or at least acknowledge your existence, considering that it used to be their own. Even the air feels different on Halloween, autumn-crisp and bright." — Erin Morgenstern

“Conservatives understand Halloween, liberals only understand Christmas. If you want to control a population, don't give it social services, give it a scary adversary.” ―Tom Robbins, "Skinny Legs and All"

"I see my face in the mirror and go, 'I'm a Halloween costume? That's what they think of me?' " —Drew Carey

"I heard one cry in the night, and I heard one laugh afterwards. If I cannot forget that, I shall not be able to sleep again." — M.R. James

"But I love Halloween, and I love that feeling: the cold air, the spooky dangers lurking around the corner." — Evan Peters

"The thing under my bed waiting to grab my ankle isn't real. I know that, and I also know that if I'm careful to keep my foot under the covers, it will never be able to grab my ankle." — Stephen King

"In our town, Halloween was terrifying and thrilling, and there was a whiff of homicide. We'd travel by foot in the dark for miles, collecting candy, watching out for adults who seemed too eager to give us treats." — Rosecrans Baldwin


"The witches fly Across the sky,
The owls go, 'Who? Who? Who?'
The black cats yowl, And green ghosts howl,
'Scary Halloween to you!'" —Nina Willis Walter


"From ghoulies and ghosties and long-leggedy beasties and things that go bump in the night, Good Lord, deliver us!" —Scottish Saying


"Nothing on Earth so beautiful as the final haul on Halloween night." —Steve Almond


"Halloween is huge in my house and we really get into the 'spirits' of things." —Dee Snider


"Tis the night — the night of the grave's delight, and the warlocks are at their play; Ye think that without the wild winds shout, but no, it is they — it is they." — Arthur Cleveland Coxe

"At first cock-crow the ghosts must go back to their quiet graves below." — Theodosia Garrison

"There is something haunting in the light of the moon; it has all the dispassionateness of a disembodied soul, and something of its inconceivable mystery." — Joseph Conrad

"Nothing beats a haunted moonlit night on All Hallow's Eve.... And on this fatal night, at this witching time, the starless sky laments black and unmoving. The somber hues of an ominous, dark forest are suddenly illuminated under the emerging face of the full moon." — Kim Elizabeth

"Listen to them — the children of the night. What music they make." — Bram Stoker

"... it was a huge creature, luminous, ghastly, and spectral. I have cross-examined these men, one of them a hard-headed countryman, one a farrier, and one a moorland farmer, who all tell the same story of this dreadful apparition, exactly corresponding to the hell-hound of the legend. I assure you that there is a reign of terror in the district, and that it is a hardy man who will cross the moor at night." — Sir Arthur Conan Doyle

"Hark! Hark to the wind! 'Tis the night, they say, when all souls come back from the far away — the dead, forgotten this many a day!" — Virna Sheard


“There are three things I’ve learned never to discuss with people: religion, politics, and the Great Pumpkin.


Late Autumn
by May Sarton

On random wires the rows of summer swallows
Wait for their liftoff.
They will soon be gone
Before All Saints and before All hallows
The changing time when we are most alone.

Disarmed, too vulnerable, full of dread,
And once again as naked as the trees
Before the dark, precarious days ahead
And troubled skies over tumultuous seas.

When we are so transparent to the dead
There is no wall. We hear their voices speak,
And as the small birds wheel off overhead
We bend toward the earth suddenly weak.

How to believe that all will not be lost?
Our flowers, too, not perish in the blight?
Love, leave me your South against the frost.
Say “hush” to my fears, and warm the night.

You heap the logs and try to fill
The little room with words and cheer,
But silent feet are on the hill,
Across the window veiled eyes peer.
The hosts of lovers, young in death,
Go seeking down the world to-night,
Remembering faces, warmth and breath—
And they shall seek till it is light.
Then let the white-flaked logs burn low,
Lest those who drift before the storm
See gladness on our hearth and know
There is no flame can make them warm.

Theme in Yellow
by Carl Sandburg

I spot the hills
With yellow balls in autumn
I light the prairie cornfields
Orange and tawny gold clusters
And I am called pumpkins.
On the last of October
When dusk is fallen
Children join hands
And circle round me
Singing ghost songs
And love to the harvest moon;
I am a jack-o’-lantern
With terrible teeth
And the children know I am fooling.

Related Posts:
when is halloween
at 7:15 PM

Email ThisBlogThis!Share to TwitterShare to FacebookShare to Pinterest
Labels: halloween date, when is halloween